As promised this is a follow up blog from the blog about why dogs go crazy at home after a walk; and why punishment is the wrong thing to do, after a walk. 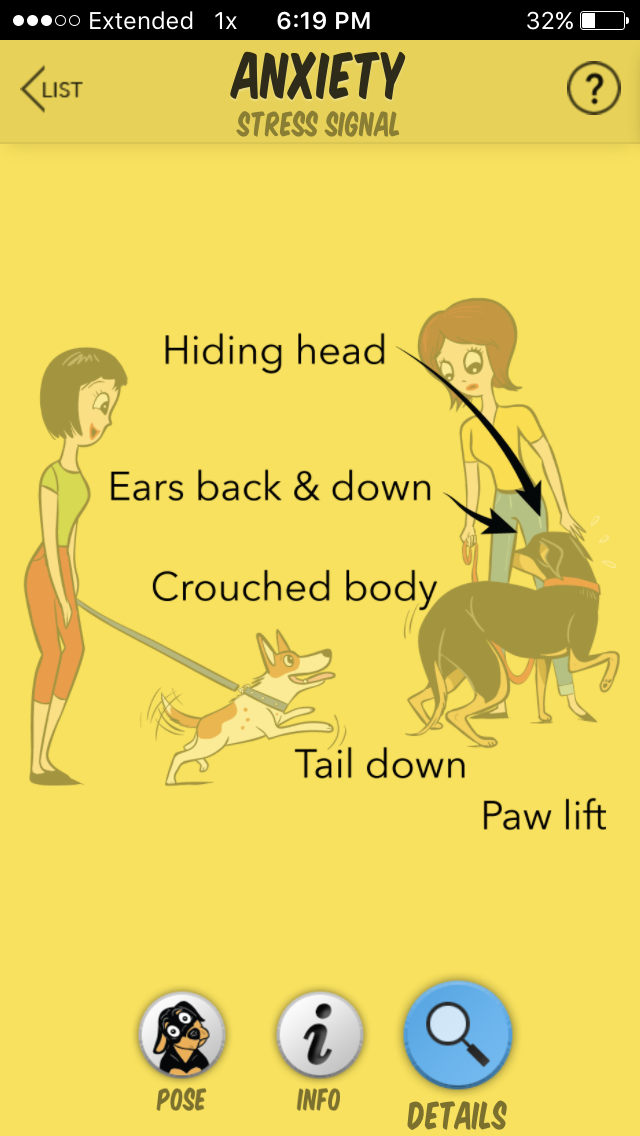 Lulu was fearful on her walks in the neighborhood. Loud trucks passing by, strangers dogs and people caused her much stress.. The signs of stress she expressed were, look away upon greeting people, not wanting to be pet, hiding behind her guardian when dogs came up to say hello, pulling away frantically when a truck passed by and during the entire walk a lot of lip licking and tension in her body. What was happening for Lulu was that so many triggers were stacking up, that getting home to her own yard, was the only way should release all the pent up stressful energy and it manifested in barking, lunging with way too much enthusiasm at her guardian, often times grabbing her clothes and ripping them.  She wasn’t being aggressive but overly playful and completely out of control. 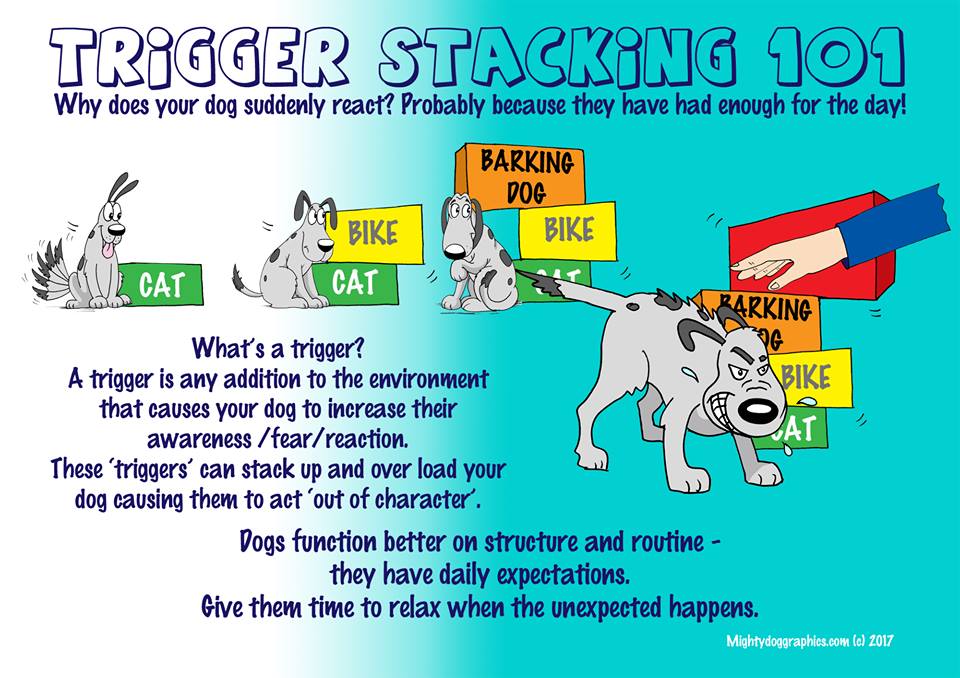 After explaining to her guardian that this was Lulu’s release of the stress of the walk, she realized that all the stress signs I asked about were there but didn’t realize that they meant stress. She knew she was uncomfortable because she realized the obvious signs but not the more subtle signs, like lip licking and looking away. So, she thought the best thing to do was to bring her out more. But for Lulu this was the wrong thing to do.

What she needed to do first was to build up more trust between herself and Lulu. Lulu’s anxiety was due to fear and being on a leash, she had no way out. The ‘fight or flight’ instinct was in full swing, which meant her cortisol levels were on high and her body was now reacting physiologically from her emotional state under constant stress. Left unattended, Lulu was filled with hormones abounding and needing release.

To regain trust in her guardian, I suggested that they find what motivates Lulu the most at home. It was food. I could be toys, games, swimming or any number of things. But for Lulu it was food. So, we began teaching Lulu fun tricks and obedience cues, like sit, stay and down. Lulu turned out to love learning new tricks, so we taught her to ‘sit pretty’, spin, touch, speak. She thrived and was hungry for more; pun intended. A great book to learn how to teach tricks by Kyra Sundance: 101 Dog Tricks.

All of this training was done at home at first; in the house and back yard. Both guardian and dog were having a blast. I suggested no walks for two weeks. Once they had a solid foundation of the process of learning and were connecting in a positive way, they could start going out front. The instruction at first was to do some training in the front yard for 5 minutes and then head back inside. We needed to change the associate of fear being outside to one of comfort in the name of trust.

After a couple of days out front, they would then go two or three houses down the block, just letting her smell and when they noticed what would normally trigger her, they threw food on the ground for her to forage; before she was triggered. Learning the distance from the trigger that would keep her below threshold is critical in maintaining the trust through training. 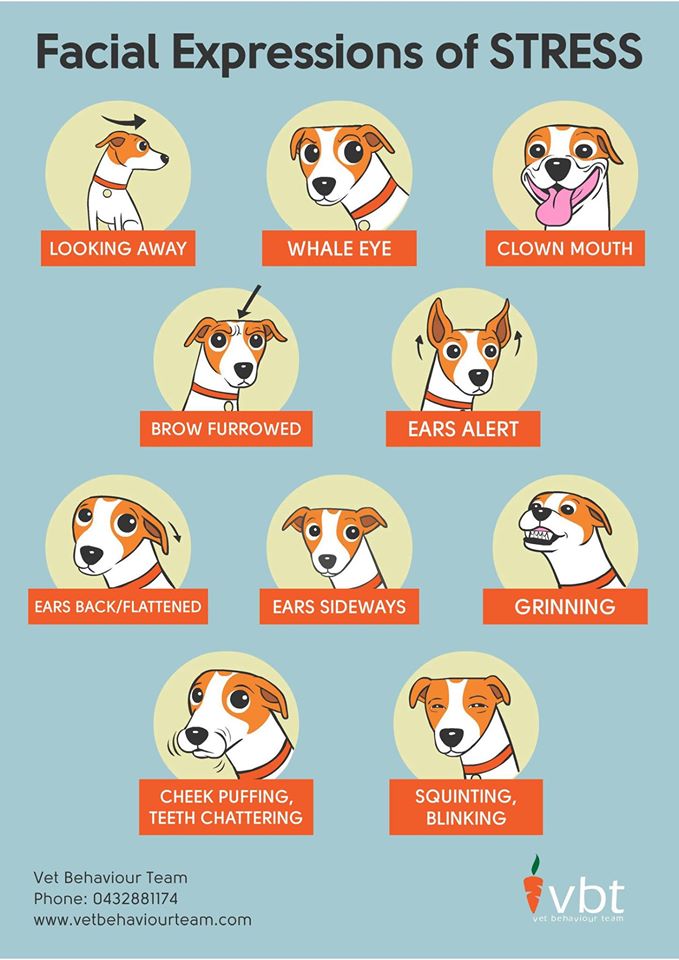 Laying this foundation of trust through training, little by little, they progressed to being able to go for walks that Lulu enjoyed. Lulu’s guardian was well educated now in the first signs of stress that she was able to keep Lulu from ever feeling stressed again and their walks became more and more enjoyable for both of them. Lulu even started to go potty on her walks which never happened before, because she was way too stressed.

About the author: Jill Breitner, is a professional dog trainer and dog body language expert loving and living her life on the west coast of the USA. She is the author of Dog Decoder, a smartphone app about dog body language recommended and used by veterinarians, shelters, trainers, educators and guardians worldwide. Jill has been teaching gentle handling/basic husbandry skills to clients and their dogs for 40 years, to be your pets advocate for a happier and stress free life. She also does online dog training, worldwide. Join Jill on her  Dog Decoder Facebook page