There are many factors that come into play when we talk about what makes a puppy turn into an aggressive adult dog. I will discuss the training aspects in this article, only.

It’s the early 90’s and I’m getting way too many calls about aggressive puppies. Pups between the age of nine months and a year old. It was baffling to me. Why are all these pups becoming aggressive at such an early age and all around the same time? These were pups of all breeds; small and large, purebreds and mutts. What was happening? I had been training for 15 years by then and I’d never seen anything like it.

It took me several months to connect the dots. What consistently came up was that they  were rolling their dog over (the alpha roll). But why? Why, all of a sudden were these people using this method of training? With further questioning it all began to make perfect sense. 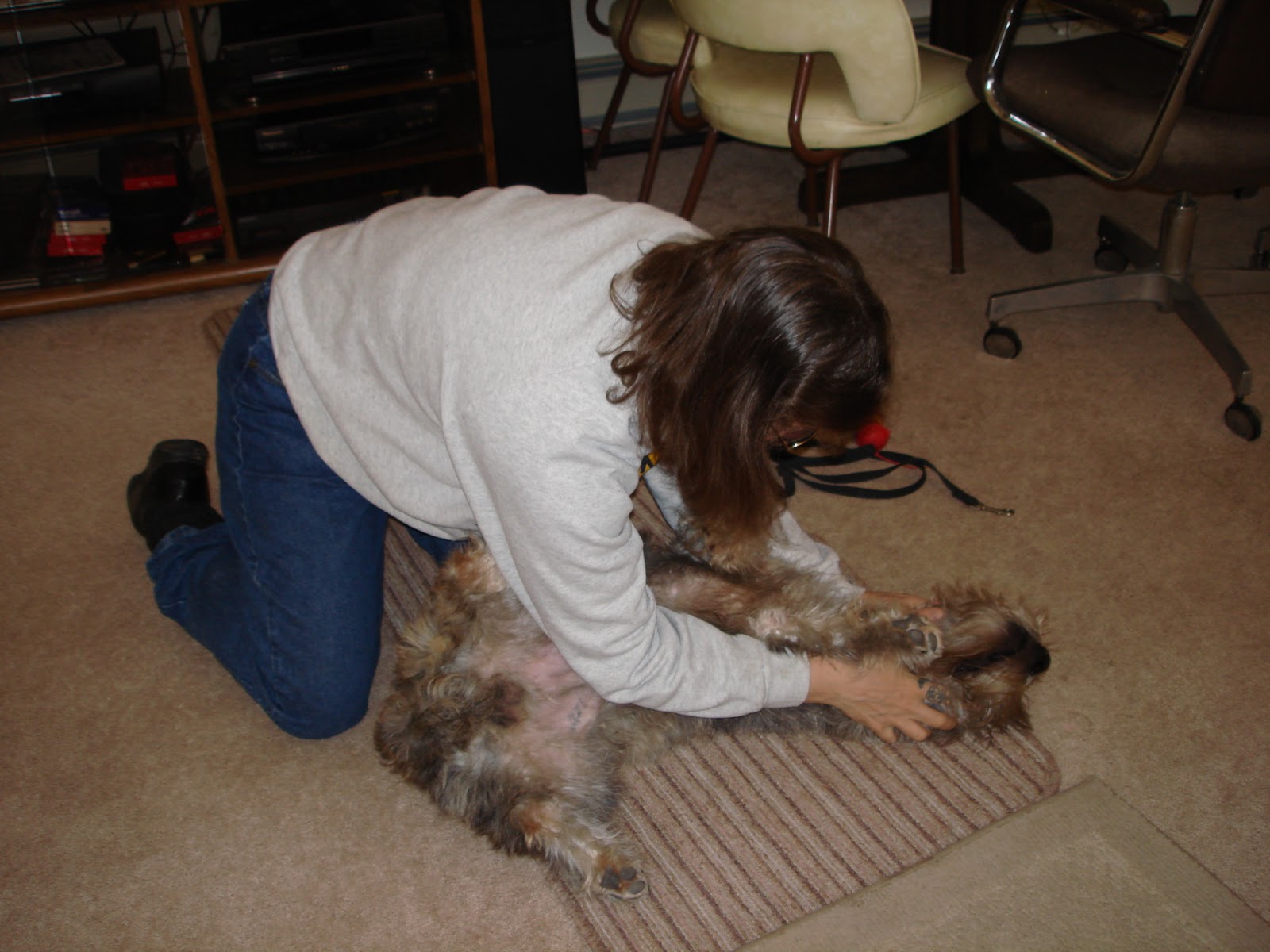 Using the Alpha Roll creates fear in puppies. Fear is the first sign of aggression.

The Monks of New Skeet “The Art of Raising a Puppy” came out. In the book, guardians were told to do the alpha roll the minute you bring your puppy into your home. Whenever your pup does something you don’t like, enforce the alpha roll, every time. You need to be the boss and dominate your dog until she submits because that’s what dogs do to each other. Now it begins to make sense that I was getting calls about aggressive puppies. These people were being very good students, following the letter of the law from a national best selling book… at the time.

When someone of authority speaks, we listen. They may not even have the authority, experience or credentials for that matter; yet if the public buys it and it’s advertised well, it becomes THE WAY to do it. Don’t get me wrong this, dominant theory of training had been the norm for many years prior to this book, so it wasn’t new. It was a new book that got great press and the rest is history.

The dominance theory has been discredited by many, including American Veterinary Society of Animal Behavior, Marc Beckoff (who has written a lot about this), Dog Professional Associations, David Mech who studies wolves and many other scientists have debunked the dominance theory, yet it’s still widely used by many dog trainers, today. Since it’s an unregulated field and we have no oversight for the protection of animals on Reality TV, yet; one man, great advertising and a huge following can keep a thing going strong. It’s a beast that feeds on itself. 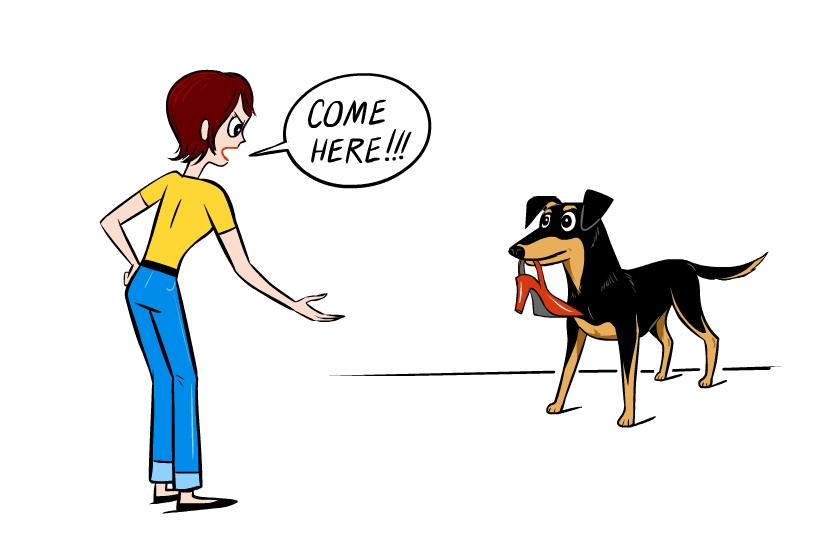 Puppies do puppy things all day long and mostly not things we want them to do. They pick pens up off the floor, grab at rugs, playfully bite at your feet when you walk by, grab your slippers, take something and run off hoping for a game of chase, jump up on you or the furniture… shall I continue? So, here we have all these people thinking they’re doing the right thing and BOOM months later the pup is biting them. They have become fearful and distrusting, leaving them no other choice but to fight back. When a puppy or a dog is afraid, humans too, for that matter, they move into flight or fight mode. It’s a physiological reaction that happens when dogs are afraid. If they are consistently handled in a way that makes them afraid and they can’t escape (flight) they either shut down or (fight) back. There is no other choice. 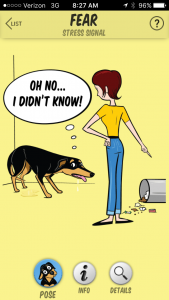 Here’s how this method of training plays out. This can be any size or breed of dog. Your pup grabs your shoe and you roll her over. She fights a little, then shuts down. She jumps on a guest you grab her, roll her over. she squeals and shuts down. Now, it’s two months later, she’s two months older, two months wiser, two months faster and two months stronger and she’s gotten into the trash, again. She’s been yelled at many times and you have corrected her for it before, so she should know better by now. Now, you must get bigger in your role as leader, right? RIGHT! If she’s not getting it, you need to be more forceful and then she’ll get it. Now,  you hold her down with bigger energy, little bit longer to show her you mean business because YOU are the boss… and voila…. she submits (shuts down) You won!

It’s only temporary, though. You won by being a bully but you lost at solving the problems because she’ll do it again. You’ll alpha roll her again not realizing that you are in the process of creating an aggressive dog. Her submissive body language is exactly what you think you want to see, so it’s not even on your radar, that this fear could possibly turn to aggressive behavior in the future. This kind of submissive behavior and body language is fear and fear is the first sign of aggression.

Back to our puppy who is now nine months old. For the past seven months you have rolled her over a gazillion times and you’ve gotten bigger and stronger as a pack leader because she’s growing. Only now, instead of cowering and allowing you to roll her over she begins to say NO! She growls at you. You’re stunned, this cute puppy has shown the first sign of aggression and you take it very seriously. You get even bigger with your correction/alpha roll. You hold her down longer, maybe even poke her neck or hit her while yelling NO NO NO you’re not going to get away with that! I’ll show you. The downward cycle has begun. You are in the making of an aggressive puppy.

This kind of relationship has nowhere to go but south. When you bully a puppy over time, they become fearful of you. A fearful puppy becomes aggressive as they mature unless there is a healthy intervention of behavior modification for you and the dog.

In my opinion, this is exactly what was happening when I was receiving an influx of aggressive puppies to help, 25 years ago. It was a direct result of clever advertising, lack of research, a group mind set and away we go. Since then, we have been blessed or cursed with TV being available around the world. If it’s on TV it must be right. WRONG! Could this kind of outreach be part of the problem we are seeing in the increase of RED ZONE dogs, today? Something to consider, eh?